A group of 45 farmers in Rusitu Valley in Chipinge, a district in Zimbabwean eastern province of Manicaland have from December 2021 started exporting nearly 50 tonnes of their pineapples to the Netherlands.

These farmers were victims of Cyclone Idai, a tropical cyclone which hit their home area of Chipinge and Chimanimani in 2019, killing over 180 people, destroying 7,000 households and infrastructure and leaving 4,000 people food insecure. During this time, their pineapple crops were not destroyed.

Most of Zimbabwe’s prime farming areas incur heavy post-harvest losses because their produce often rots by the roadside as they struggle to secure markets and transport for their produce.

These challenges saw the the 1,300 Chipinge farmers establish the Rusitu Fruit Growers and Marketing Trust, that engaged with the country’s export promotion body, Zimtrade. Here, the farmers were offered training and technical expertise on how to grow pineapples organically and export to overseas markets.

Kenyans will begin using the Chinese-built Nairobi expressway in March, three months earlier than anticipated, an official said on Friday.

Kenyans will begin using the Chinese-built Nairobi expressway in March, three months earlier than anticipated, an official said on Friday.

Kung’u Ndung’u, the director-general of the Kenya National Highways Authority (KeNHA), said construction works on the road currently stand at 82 percent, bringing it closer to completion.

“Construction of the Nairobi Expressway continues to make good progress with its completion status standing at 82 percent. The project is on schedule for opening to the public by March,” said Ndung’u in a notice.

He observed that construction of the operation and monitoring center stands at 99.5 percent while 98.5 percent of elevated sections have been built.

Kenyans are eagerly awaiting the completion of the 27 km road that will cut travel time from the south to west of Nairobi to about 20 minutes from two hours currently during peak time. 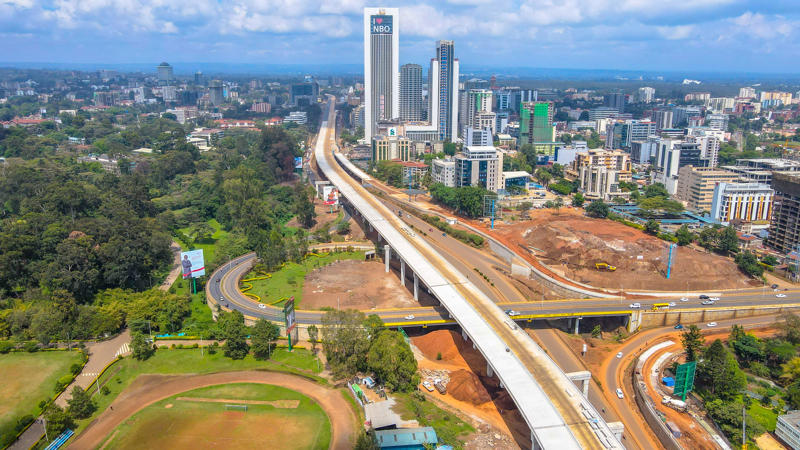 Kenyan President Uhuru Kenyatta in December made an extensive inspection tour of the expressway which is financed and constructed by the China Road and Bridge Corporation (CRBC).

Kenyatta hailed the expressway as a key infrastructure project, noting that the highway is bound to reduce the traffic gridlock that people have experienced and that has added to the cost of doing business in the country.

More than 4,000 Kenyan workers in various cadres have been employed by the project with tonnes of construction materials sourced locally, according to KeNHA.

The Mali military junta has condemned what it calls a “clear breach” of its airspace by a French military aircraft during the week, warning of potential consequences should it happen again. This comes as France has urged the European Union to impose sanctions on the military régime in Bamako, that has failed to honor a timeline for a return to democracy.

In a statement released on Wednesday, Malian government spokesman Colonel Abdoulaye Maiga stated that a complaint had been issued to France after one of its military planes travelled between Coted’Ivoire’s economic capital Abidjan and the northern Malian city of Gao on Tuesday.

According to the military government, the flight was a “clear breach” of Malian airspace given the closure of most of the country’s land and air borders due to regional sanctions recently imposed on the country.

The junta claims the French military plane had switched off its transponder, preventing it from communicating with Malian aviation authorities.

In the wake of the incident, the Bamako government says it will “refuse all responsibility for the risks to which the perpetrators of these practices may be exposed in the event of a further violation of our airspace”.

The French military have denied the Malian government’s claims, saying that the plane’s transponder had been switched to “military mode”, adding that “all procedures were respected” and the aircraft’s flight plan had been approved.

On Sunday, the Economic Community of West African States agreed to close all land and air borders with Mali and impose a trade embargo over delayed elections.

The sanctions – backed by France – came after Mali’s military government proposal in December that it would hold onto power for up to five years before restoring democracy.

Meanwhile France has sad it will urge the European Union to impose further sanctions against Mali.

Speaking on Wednesday, French foreign affairs minister Jean-Yves Le Drian said that Mali risked being “suffocated” unless the military junta lived up to its responsibilities and stopped seeking to “fool” the country’s traditional partners.

With France holding the rotating EU presidency, Le Drian said that the EU measures would be in line with the unprecedented sanctions recently agreed with Ecowas.

The issue is due to be discussed by EU foreign ministers at a meeting in the French city of Brest this Thursday, as France maintains that Mali is now a “European issue”.

“The junta is trying to fool all of its partners,” said Le Drian, noting how Bamako had called for help from Russian Wagner mercenaries as well as the “unacceptable” slipping of the election schedule.

With France already seeking to tighten the vice on the military rulers in Bamako, national carrier Air France said Wednesday that in line with official decisions it was suspending flights to and from Mali until further notice.

Read or Listen to this story on the RFI website.

Investors on the Nigerian Stock Exchange are to pay a Capital Gains Tax of 10% on the sale of shares according to provisions of the signed Finance Act 2021. The tax is applicable on the disposal of shares worth N100 million and above.

The tax also extends to anyone selling shares of any company even if the shares are not listed on the stock exchange which inadvertently includes the sale of shares by private equity firms, startups, venture capitalists, or any shareholder looking to sell shares in Nigeria.

The law however exempts anyone who sells shares and reinvests the proceeds in purchasing another company’s shares or the shares of the same company within the same year. However, this is provided that you invest all the proceeds within a year. Any part of the proceeds not reinvested will be taxed while the balance reinvested will not be taxed.

What the Nigerian Finance Act says about tax on shares

This was captured under Part 1 Section 1. Of the Act, which states as follows;

“Without prejudice to any other applicable law, the gains accruing to a person on disposal of its shares in any Nigerian company registered under the Companies and Allied Matters Act shall be chargeable gains under this Act except where —

(a) the proceeds from such disposal are reinvested within the same year of assessment in the acquisition of shares in the same or other Nigerian companies:

Provided that tax shall accrue proportionately on the portion of the proceeds which are not reinvested in the manner stipulated in this subsection;

(b) the disposal proceeds, in aggregate, is less than N100,000,000 in any 12 consecutive months, provided that the person making the disposals shall render appropriate returns to the Service on an annual basis; or

(c) the shares are transferred between an approved Borrower and Lender in a regulated Securities Lending Transaction.”

The act also specifies a capital gains tax of 10% on the disposal of the shares.

“Without prejudice to the provisions of section 2 of this Act, the rate of capital gains tax on disposal of shares under this section shall be 10%.”

For anyone selling shares:  If you are an investor looking to sell shares then you pay a 10% tax on the capital gains you make selling the shares if you do not reinvest the proceeds into shares.

Who do you pay the tax to?

Individual Investor: This is anyone other than a registered company who is selling shares in any company. Taxes are paid to the state inland revenue service via the personal income tax. For example, if you reside in Lagos, then that tax goes to the Lagos State Inland Revenue Service. This will mostly be high net-worth individuals.

Corporate Investor: For foreign investors, pension funds, private equity firms, venture capitalists, or any corporate that invests in startups, the taxes will be paid to the Federal Inland Revenue Service.

Why is the government taxing the sale of shares?

After decades of applying a zero tax on sale of shares, the Buhari administration has introduced taxes many think are a disincentive for investing in the equities market.

How much could the government make?

A Benin army vehicle struck an improvised explosive device in a national park near the border with Burkina Faso on Thursday, the park’s management said, the latest in a series of security incidents as fears rise about widening Islamist violence.

Radio France Internationale (RFI) reported that two soldiers were killed in the explosion. Reuters was not immediately able to confirm that report.

African Parks, the South African non-profit group that manages Pendjari National Park, said in a statement that the explosion had occurred near a hotel that has been closed since 2019. It made no comment on casualties.

Benin is among the West African coastal countries considered most vulnerable to a spillover of Islamist violence from the landlocked Sahel countries, where groups linked to al Qaeda and Islamic State exert influence over vast tracts of territory.

The government confirmed two attacks by jihadist fighters near the Burkina Faso border last month, including one that killed two soldiers and wounded several more. Additional attacks have been reported in the local and French media since then but have not been confirmed by the authorities.

The prefect of the Atakora region, where Thursday’s explosion occurred, said there had been “an incident, not an attack” and said the army would issue a statement with more details.

Before last month’s violence, Benin had not reported an Islamist attack since 2019, when a local guide was killed and two French tourists were kidnapped in Pendjari and later taken to Burkina Faso. They were rescued from a militant group by French soldiers.

Expanding conflicts in Burkina Faso, Mali and Niger are increasingly threatening their neighbours to the south.

Togo said last month it had repelled an attack near its northern border, the first by suspected Islamists in the country. Ivory Coast has also suffered several Islamist attacks near its border with Burkina Faso since 2020. 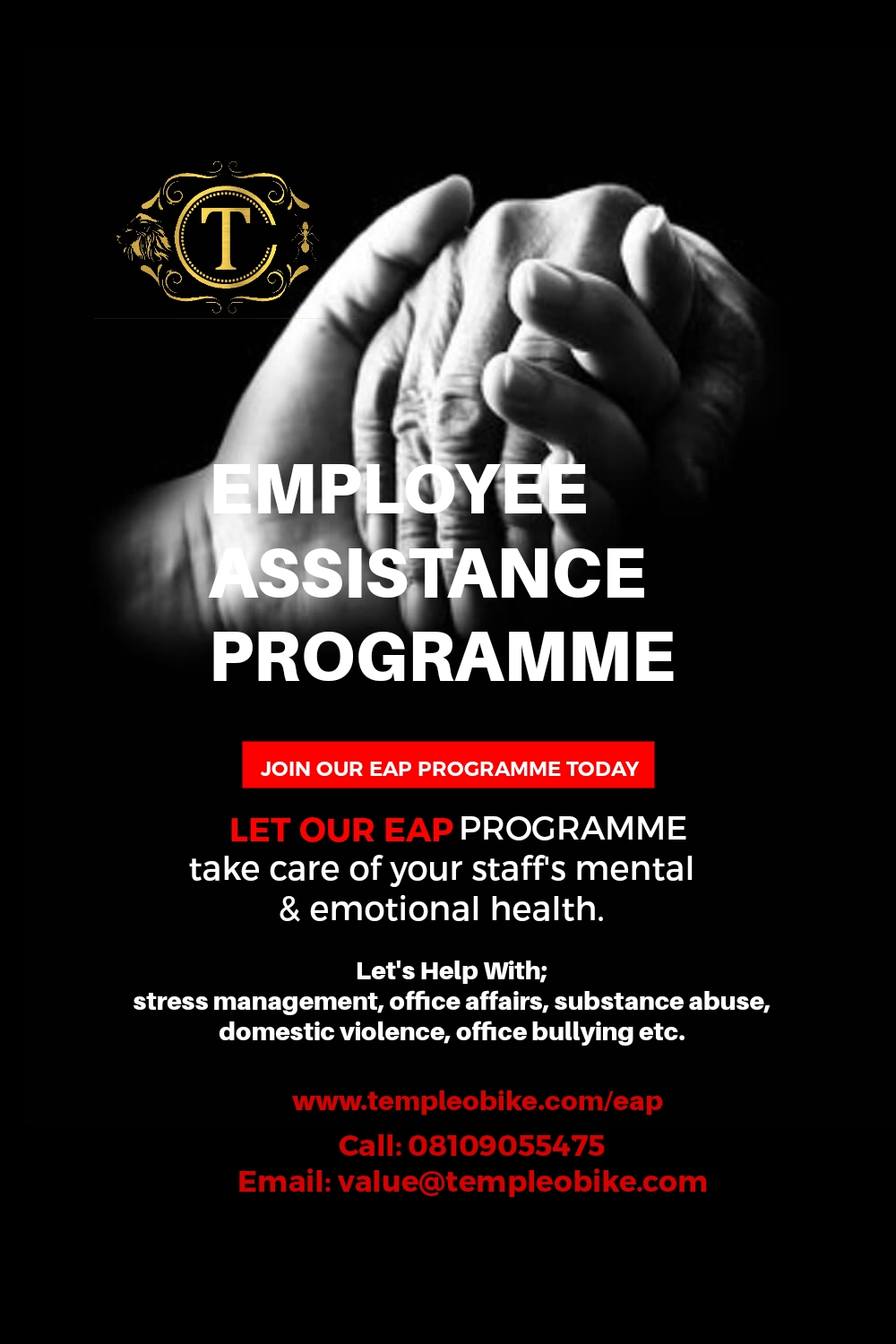 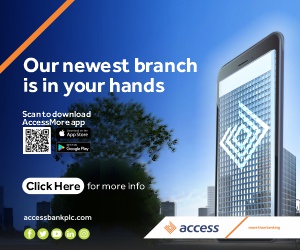