Connect with us
Post Views: 1,222
List of Names for Groups of Animals are an interesting discovery for anyone looking to take their  grasp of English  a notch higher. Collective names for groups of animals are said to date back to medieval times, which may explain why some of these names can be strange, surprising or downright funny to us, such as an unkindness of ravens. In the spirit of the fanciful language used by our ancestors, more modern terms for animal groups can have a fun twist, like a crash of rhinoceroses. 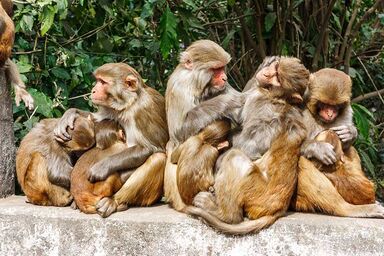 Related Topics:FeaturedList of Names for Groups of Animals
Up Next

I Caught My Partner Cheating : 4 Powerful Walk Through Guides

Review: Where The Crawdads Sing

Delia Owens suggests that the only forward movement for her outsider-protagonist and “swamp trash” is to become curators of ecological/cultural museums in the very places where they once struggled for an independent life. 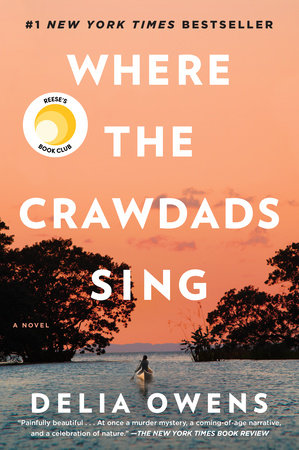 The connection between poverty and an intimacy with nature has long been part of class divisions in rural communities, a source of idyllic benefit for the economically depressed, ‘backwoods’ places. The rural South is no exception, of course. The region has been ground zero for urban America’s idealization of rural poverty since the days Bostonians penned minstrel numbers and Tidewater and Carolina cavaliers yearned to replicate the Norman Conquest through the prerequisite use of forced labor.

An intimacy with nature as an element that distinguishes the rural from the urban poor appeals to a broad swath of society. For the urban poor, the idea resonates with memories of bucolic rural pasts. For the wealthy, both urban and rural, the notion reinforces the supposition that the rural poor are contentedly living in harmony with the natural world. Separated from nature, guilty about their excesses, the privileged transform the rural poor into  ‘noble savages’, innocent and pure. They are seen as the tragic victims of progress. Are rural outcasts really leading such charmed lives with nature?  Or are they really all-too-human, unwittingly participating in the demise of their way of life?

Where the Crawdads Sing is a debut novel by nature writer Delia Owens. It is both a murder mystery and a coming-of-age story set in coastal North Carolina in the 1950s-’60s. The narrative draws on the author’s naturalist background to  vividly and critically depict a Southern society that’s still within living memory.  The plot revolves around a child named Kya, who is abandoned by her family to live by herself in the marshes and swamps along the North Carolina coast. The marsh, because it is located beyond the reach of civil authorities, is home to the lower classes. (Kya is pejoratively referred to as “marsh girl” and “white trash,” proof of the link between the “wasteland” and the “no-counts” who inhabit it.)  Nature and the environs of the marsh supply her with independence as well as an ad hoc family. The proximity to the land may suggest poverty, but it also supplies society, a point made by life in “Colored Town,” whose inhabitants form the closest thing to a human community Kya has.

Unfortunately, Owens employs a very specific  — and indeed all-too-familiar  — twist to this tale of the intertwining of poverty and nature. The poor’s relationship to the land is not about their use of it or their efforts to achieve independence through nature. Instead, Owens presents a protagonist whose value lies through her symbiosis within nature; she doesn’t impact her surroundings, but finds all she needs to thrive. Once again, rural poverty is idealized; we don’t see the ‘country’ poor struggle to survive, economically, in the same way as the urban poor.

Ironically, the most accurate depiction in Crawdads of the relationship between rural working-class Southerners and the land can be found in its least sympathetically treated character, Chase Andrews. Kya fuses with nature, but womanizer  Andrews exploits Kya sexually (spurring her destructive coming-of-age) while profiting from the environment. Here Owens contrasts the innocence of pure conservation with the realpolitik of those who get ahead by manipulating nature. Kya is a figure who will please those who see nature as something that must be preserved, rather than cultivated by people who depend on it for their existence.

All this is to underline how Crawdads expresses an essential truth about class and ecology. Do we conserve ecology as a way to insure its continued use for those (the rural poor) who live off the land? Or romanticize it for the sake of the privileged classes who profit by it?  What direction should responsible ecological management take?  The hicks abusing (and inhabiting!) the land are seen in Crawdads and elsewhere as an ideological surrender. Owens unintentionally provides an example of how this looks. At the end of the novel, in the 2000s, the town of Barkley Cove has been transformed into a place where grits have become polenta, with all manner of Southern-lifestyle goods for sale. But people’s visceral connection with nature has been cut and/or sterilized. Ironically, it isn’t the rednecks abusing the marshes or each other that have brought this about. It is the mature Kya’s successful naturist artwork — the triumph of a domesticated ecological ideology.

Crawdads embrace by Reese Witherspoon’s Hello Sunshine book club, with its celebrity lifestyle branding, makes the same sobering point. The book’s success lies in how it connects the noble savage (Southern “white trash” or “maroon”) with a comforting vision of conservation that is dramatized through the story of a woman who learns to feel emotions about love, her body, and nature. Reality is much more ambivalent: the heavily funded ecological industry and the rural peoples of the South are in conflict. What Crawdads lacks is acknowledgment of how the ‘primitive’, ‘backwards’ South is pressing itself against (or being squeezed out by) the ‘progressive’, ‘elitist’ South. The narrative welcomes rural gentrification while serving up an air-brushed reproduction of small-town Southern pasts. Today, as in the book, the townsfolk still jeer at the “swamp trash” outside of town. The only differences now is that the townsfolk have Witherspoon’s blessings, and the swamp trash are perhaps — rather less nobly than Crawdads‘s characters of yesteryear – cooking meth or fishing with car batteries.

The message of Owens’s tale is that the only forward movement for her outsider-protagonist and “swamp trash” is to become curators of ecological/cultural museums in the very places where they once struggled for an independent life. To her credit, the author does not present this as a happy ending. She knows that conservationism is potentially antithetical to social and cultural equity. In its contradictions, Kya’s tale bears close resemblance to the experience of North Carolina folk hero Robert Harrill, a.k.a. The Fort Fisher Hermit, who is rumored to have met his end following cruel harassment by some local hooligans. This quote is attributed to him: “My life here goes up and down like the tides of this old sea out here… Only nature determines my existence.” In hindsight, it is hard not to shake our heads at his admirable hubris. Evidently not, Mr. Harrill. There is nature, and then there is something else. And nothing is in harmony here. Not at all.

This article was written by Jeremy Ray Jewell. He hails from from Jacksonville, Florida. He has an MA in History of Ideas from Birkbeck College, University of London, and a BA in Philosophy from the University of Massachusetts Boston. He maintains a blog of his writings entitled That’s Not Southern Gothic.